Can AI really change the world? 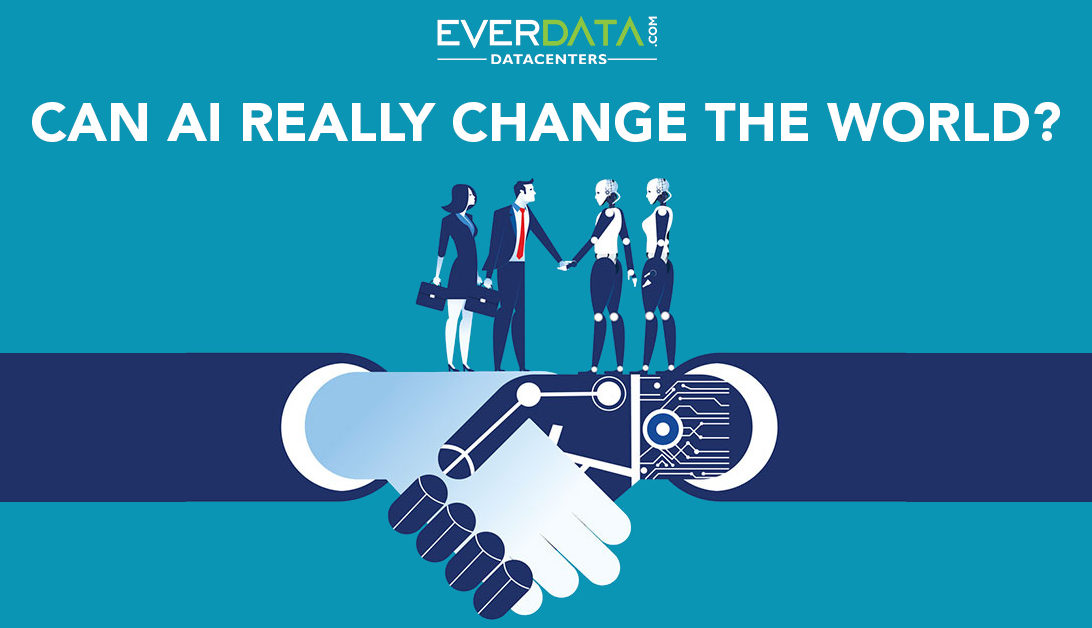 AI or artificial intelligence is one of the major innovations of the present century that has a huge potential to bring a positive change to society. The advantage of AI are fully convinced that it can bring revolutionary changes to the world and can positively impact various sectors like government, healthcare, finance, and other important fields. At the same time, there is also a sizeable population of people who think that AI is more hype than reality. However, one cannot dismiss that AI is certainly the most innovative thing to happen in this century. Let us evaluate various possibilities of AI with a realistic perspective and explore the opportunities and challenges:

One of the major ways in which the AI can proactively change the world is by replacing human beings with artificial intelligence. It can help a great way in alleviating the risks and dangers involved in manual work. It could be argued that the even the traditional machines are already replacing the human beings in various industries. However, there are a number of tasks that require specific intelligence, judgement, and other situation based qualities. The traditional machines fail at this front as they can only be programmed in a certain manner. However, the AI is capable of evolving with time. Based on the situations or to be more precise the evaluating the situation-based data, they can make informed decisions to deliver the best results during varying situations.

As the internet has become the major communication medium across the globe, the concerns of its safe use are growing. In fact, the internet can be called the fundamental tool that governs many activities and sectors of the world. The importance of the internet and IT security is especially felt when it is being compromised on a vast level. The RansomWare WannaCry attacks did a humongous harm that was tangibly felt across various sectors ranging from small businesses to the government records and healthcare organizations.

Healthcare is another segment where the AI is proactively bringing many positive changes. The healthcare facility thrives on data, information and reach. There are a number of areas in the world where the healthcare professional cannot reach because of risky situations that can rage form war-inflicted areas to slum areas with abysmal hygienic conditions. Ironically, the population living in such area is most likely to contact a number of serious and contentious diseases.

Other side of the coin: Is AI Hype or Reality?

While Artificial intelligence is fully capable of bringing some positive changes to the world, I would be good not to mix hype and reality. In the case of AI, the humongous amount of information on the internet has led to very high expectations from AI in the near future. However, it would be important to understand that many of the possibilities and extreme powers attributed to Ai are ‘assumptions and suppositions” that are not necessarily based on its present capabilities. It not only engenders the confusion but can also detach the population from the reality.

For example, while it is true that many high-class people have started using wearable technology, the prices are still very high and outright unaffordable for the people living under the poverty line. The world can realize the best benefits of AI only if the people living on less than $2 per day would be able to enjoy the benefits of wearables and AI healthcare products.

One of the best things to happen in the present century is AI or artificial intelligence. While the last century saw the invention and rise of internet/world wide web that connected the entire world, the present world is all set to see the computers and machines that can learn like human and regulate themselves without constantly depending on human intervention. There are a number of ways in which the AI can help the different sectors of society. However, one needs to separate the hype from reality in order to have realistic ambitions and working towards the same. This blog tells about the potential scope of social advantages that can be expected from AI and at the same time presents the challenges that are yet to be answered before the real impact of AI could be delivered to the population that need it the most.