10 Tips about Animation You Need To Know 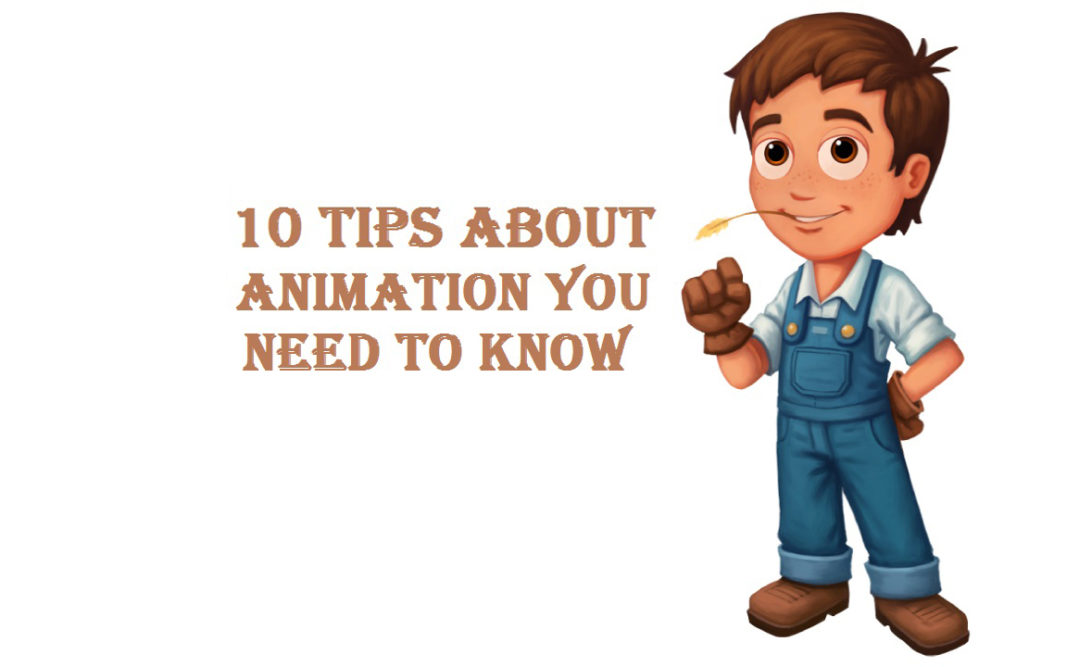 Following are the ten useful tips that every video animator should follow to create a mind-blowing video animation.

2. Study the Psychology of the Movements of the Characters

The next thing you need to know is how the characters should move in the animation video. The movement should not be too stiff or overly clumsy so that it distracts the audience’s interest towards the video animation. A professional animator must be able to know the psychology of the character’s performing any kind of movements so that it would set with the character’s personality.

The animator should be able to learn the difference in the postures if they want to provide the best-animated video service.

3. Do the Actions Before You Apply Them on The Characters

Try to perform the actions that you want the character to play and also record it so that you can see that how will it turn out to be. If the changes are required you will easily know, and you also don’t have to go through with all the procedure to change the technicalities of the work, and once you are sure about the movements and actions, then you can finalize it for applying it on the characters.

4. Try to Keep Your Animations As Simple As Possible

Do not overcrowd the scenes or the characters with too many details or animations. Always remember it is the simplicity and minimalism that grabs the attention of the audience. Including too many things will only going to make everything so complexed for the viewers to understand.

It will be extremely helpful if you will start your work creating the key poses, as it will lead you towards the creation of the secondary gestures and positions of the characters. Once you start working on the ground level work, things will get easy for you and you will definitely get the idea how to make the next movement happen.

Eyes of the character should be created in a way that it would predict the next move that the character is about to play. The eyes must have the movements in a way that a normal person or children of a young age can easily perceive that whether the character will go left or right or what kind of movement it is going to make. There should not be any suspense in character playing.

7. Draw The Scene And the Characters Over & Over Again

Relying on the first sketches is not a suitable option. A professional knows the real challenge, and they are aware of the fact that the drawings are to be created over and over again until they started to reflect the impulsive look.

It is obvious that if you are creating the video animation, the entire thing is going to be cartoonish but it would be great if you can apply the effects that would let the characters and the action looks realistic. The best way to make the entire thing to look creative is to add little gravitational effects to make it look factual.

9. Do Not Put Effort in Creating Every Letter of the Speech

As it is observed that the animated characters do not follow each letter of the word they utter so to make it look like it is animated the best practice if only to form a few letters formation of the speech of the character.

10. Open Yourself to the Reviews & Criticism

After you are done with the work allow people to give suggestions to you so that you know what the points are that needs improvement. Also, criticism makes us better learners so accept the opposition and bring in the positive changes to earn good ratings. add video marketing strategy in your business